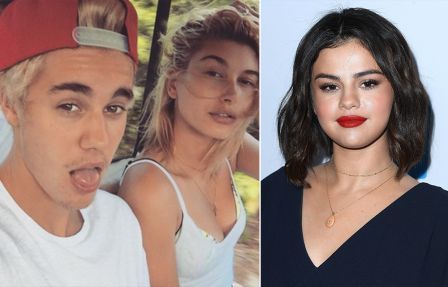 Selena Gomez and Justin Bieber or as fans called them Jelena, were a serious thing for a long time. They started dating each other during the beginning of their career. They have been dating on and off for quite a several times. After the split with The Weeknd, they were back together for a short period again before splitting up for good.

Before fans could start shipping them together again, Justin Bieber announced his marriage with Hailey Baldwin which left Jelena fans shattered forever.

Taylor Swift has been known as Selena Gomez’s best friend for a long time. She did not like Justin Bieber for her best friend, and this has been proved again.

Both Swift and Bieber got into a social media feud over the Braun buying Taylor Swift’s music catalog issue. Justin commented on her open letter to fans which her fans found to be rude. They posted some things in the protection of Taylor Swift, which she liked. It was her way of supporting her fans against Justin Bieber.

She liked some selected posts, and this post happened to be one of them. Even after fans noticing it, the post still stays liked on her profile, which suggests that she did not like it mistakenly. She liked the post on purpose, and it was a big hint towards the bitter relationship of Selena Gomez and Justin Bieber. If we interpret it correctly, Justin Bieber might have cheated on Selena. This went on to be a big reason for the multiple breakups that they had, which marked the end of Jelena.

However, Justin Bieber’s wife Hailey Baldwin replied to a comment on her Instagram where she ridiculed the rumours. She claimed the rumors to be just rumours.