It has been an excellent opportunity for every soccer fan to watch every live game on mobile or their computers conveniently. Soccer can’t be denied as one of the most monumental parts of people’s lives, even if you are in a place where you do not have access to a television. 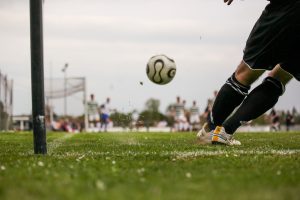 With these apps, you get access to some of the best games, including the UEFA Champions League, and as a result, you can improve your Champions League predictions and better your win rate.

For that purpose, many apps have made it easier for everyone to stream live soccer games with paid or free, on their phones. Many of these apps give users friendly features with high images and video. Watching live soccer games for a die-hard soccer fan has been more exciting and thrilling as you no longer miss the live action, no matter where you are.

People did not have the opportunity to go to the stadium to watch soccer in 2020 when COVID-19 arose; the only option then was to stream the matches online, which has become more popular and people around the world found it safe at home to stream soccer games live. Below is a list of the top six live apps to watch soccer games.

The ESPN app has been one of the most popular apps for streaming live soccer games, and the most fun fact about it is that it is accessible on iPhone and Android and has broadcasting rights for all major sports.

ESPN was founded by Bill Rasmussen, his son Scott Rasmussen, then 43 years old eye doctor and Aetna insurance agent Ed Eagan. You have the chance to watch thousands of live events, the latest news on soccer and other sports, expert analysis, and many more features.

However, this app airs many leagues, including MLS, USL, Serie A, Bundesliga, DFB Pokal, and college soccer matches on TV networks. It might be difficult at first to figure some games out, but there is a general guideline to help you. You can even find hints of Champions League predictions today and other leagues for upcoming matches.

The La Liga TV app is a specialized TV developed as an Engish pay television channel that broadcasts live La Liga football games and content in the United Kingdom and Ireland. This app is the first channel to show content from the overseas football league and also serves as an online streaming service for live games.

This TV is a multipurpose device platform devoted to Spanish sports that offer various live and on-demand sports and competitions. It includes handball, basketball, football, Rugby, Volleyball, and so on.

Supersport is also an app that allows watching live soccer games on your TV, Computer, or Mobile phone. It is a South Africa-based Pan-Africa television group with different channels. It shows sports content in many African countries, including South Africa and Nigeria.

In case you are not close to where a Television is, you can download the app on your computer or your mobile, and all you have to do is log into your account and stream your sport through DStv or Showmax pro. You can join in on fun features, like making Champions League picks for real money.

Another app you can use to watch live soccer games is CBS Sports. Their headquarters are in Midtown Manhattan, New York City. They are a sports division of the American television network CBS. They are produced in Studio 43 at the CBS Broadcast Center on W57th Street. You can stream every match as they happen and watch highlights for free after an event.

Although It offers two subscription tiers, the Limited Commercial and the Commercial-free plans, these plans don’t have many differences in content offering and sports channel lineup.

Livescore is another site/app where you can watch your favorite soccer live matches. This app has been one of the world’s leading real-time sports updates. The live score app provides streaming service quickly for everyone.

They announced their expansion set of league and competition free-to-air live streaming rights for the 2020-21 football season, bringing its two million users in the UK and Ireland closer to the action than it has been.

This app is owned by Paramount Global, an American subscription video-on-demand service. It was launched in the United States on October 28, 2014, as CBS All Access. You can watch live soccer right as it happens by visiting paramountplus.com or the Paramount+ app, and on the app, you can select Live TV from the menu.