Sports fans that aren’t busy taking in their favorite events sometimes enjoy different forms of sports entertainment, such as movies. Some of the most entertaining sports movies are based on true stories and can sometimes be just as engaging as watching fiction. These productions can be enjoyed while having a solo movie night or as a way to bring together a family for a great entertainment experience. 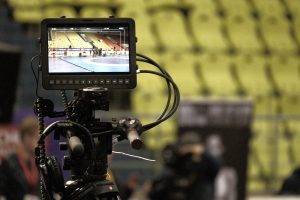 These stories sometimes focus on the life of sports icons, depicting the adversity they may have faced when establishing their careers and the individual accomplishments in their respective sports. Watching sports movies can be exciting, especially for viewers who follow NFL odds and other sports markets to place wagers on the games. Over the years, there have been a number of great sports movies based on true-life stories.

This 2005 release tells the story of James J. Braddock, the former heavyweight champion of the world, and stars Russell Crowe and Renee Zellweger. It was nominated for three Academy Awards and two Golden Globes and was produced and directed by Ron Howard.

The story focuses on when the Irish-American boxer from New Jersey was forced to quit boxing due to injury but succeeded in returning to the ring, where he surprised the sports world while winning by knockout. The story proceeds with Braddock eventually winning the heavyweight title.

In this tale of small-town basketball coach Norman Dale, Gene Hackman stars in the 1986 classic of an underdog team that makes its path to the 1954 Indiana State championship game. The movie was nominated for two Academy Awards and is consistently at the top of the list as one of the best sports movies of all time.

Dennis Hopper and Barbara Hershey also star in the production. Since its debut, it has been considered one of the most inspiring movies ever made in any genre.

Moneyball is the story of former Oakland A’s general manager Billy Beane, who is handcuffed with the lowest salary constraint in Major League Baseball and successfully attempts to put together a winning team using computer-generated analysis, like many who bet on NFL lines, to find the best young talent.

This 1980 film documents the story of professional boxer Jake LaMotta, one of the greatest welterweight champions. It’s arguably the best movie of the nine made by director Martin Scorsese starring Robert DeNiro.

Raging Bull is a powerful story about a lonely, unsympathetic hero with jealousy and anger management issues who came out of retirement and stepped back into the ring to earn his career back and seek redemption. The movie was nominated for eight Academy Awards, earning DeNiro an Oscar and a Golden Globe for best actor.

This true story focuses on the life of Jackie Robinson and his experiences as he became the first black player in the Major Leagues when the Brooklyn Dodgers signed him in 1947. Robinson wasn’t just a great second baseman. He had to control his temper and fight against other players, including his own teammates, to make his impression on baseball history.

The 2013 film starred the late Chadwick Boseman and was named for Robinson’s number 42 jersey. Because of his incredible sportsmanship, his jersey number was retired by all teams in the league in 1997.

Seabiscuit was released in 2003 and is known as one of the best movies based on the traditional sport of horse racing. It tells the story of a horse of the same name that overcame many obstacles to rise to the top of the horse racing world as an underdog, like those found in Vegas NFL odds.

Seabiscuit became one of the winningest racehorses in the twentieth century and won over the 1937 Triple Crown winner War Admiral by four lengths in a heads-up race at Pimlico. The horse also symbolized hope to many Americans suffering during the Great Depression.