John William Ferrell a.k.a. Will Ferrell is an American actor, producer, writer, comedian, and businessman. Whoa! That’s a lot of occupations!

Although this guy is super talented and has given a lot of hits, the character of Ron Burgundy seems to be his favorite as he keeps on bringing up that character from time to time. For example while anchoring or in a late-night show or even during a charity gala.

He even came up with The Ron Burgundy Podcast in January. Everything was cool but his Thursday appearance crossed all the benchmarks of himself. 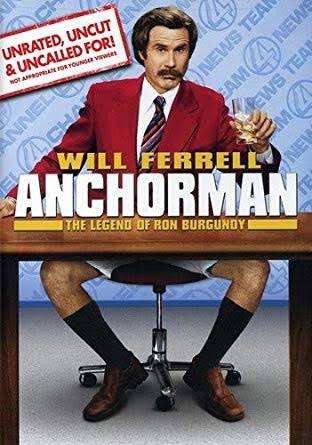 To name the shows, they were :

The Late Show with Stephen Colbert

The Late Late Show with James Corden and Conan

He delivered a surprise opening stand up act with hilarious jokes that had the audience going crazy.

For example in The Tonight Show with Jimmy Fallon, he said that he did not like Shawn Mendes. He continued, “He stole some of my songs and my singing style. When he goes to that falsetto style? ‘Everything means nothing if I can’t have you?’ Yeah, I wrote that song about Camila Cabello because she broke my heart. But now all the fans think that he wrote it about her but he didn’t! I did! I wrote the damn song! I swear to you I wrote the song! And now I’m the laughing-stock of the pop music world.”

Ferrell continued with the character on other shows as well. The first episode of his podcast dropped on Thursday.