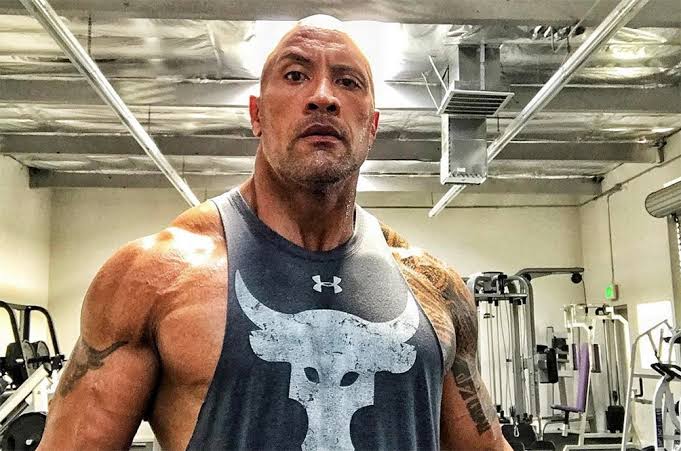 Dwayne ‘The Rock” Johnson was named the highest-paid actor of 2019, Forbes reported, ranking above Chris Hemsworth and almost all of the other Avengers actors in their 2019 earnings. Citing his earnings from the TV show Ballers and his upcoming sequel to Jumanji, Jumanji: Next Level, it was reported that Johnson’s is getting paid $23.5 million upfront for the movie that is set to hit theatres 13 December of d2019 consequently, swinging him to the top of Forbes’ 2019 list of highest-paid actors for the second year in a row. Read on to discover more about how the 47-year-old managed to earn more than any other actor this year. 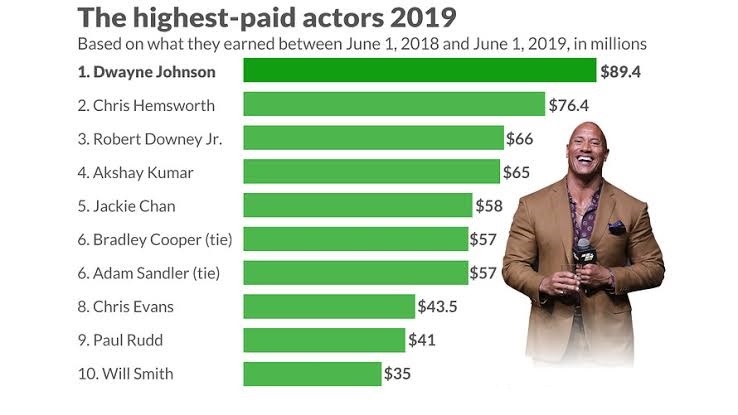 The Rock’s rolling in green

Placed second in 2018, The Rock was estimated to earn approximately $89.4 million between June 1, 2018, and June 1, 2019, alone. In addition, according to multiple findings from reports we were able to ascertain that he also took 15% of the pool from his previous hit, Jumanji: Welcome to the Jungle, a humorous hit with a stellar cast starring Johnson himself along with Kevin Hart, Karen Gillan, Jack Black, Nick Jonas, and other talented actors and actresses as well. And then with his personal addition to the Fast & Furious series, he hit the ballpark number that brought him to Forbes top list.

More is more in MCU

Chris Hemsworth who plays Thor, the King of Asgard, in Disney’s Marvel Cinematic Universe, was placed second with $76.4 million in earnings, along with Robert Downey Jr. who brings the role of Iron Man to life in third with $66 million. As many as half of the men Forbes’ list of best-paid actors being from MCU, this year’s gross rankings by earning broke all-time history.