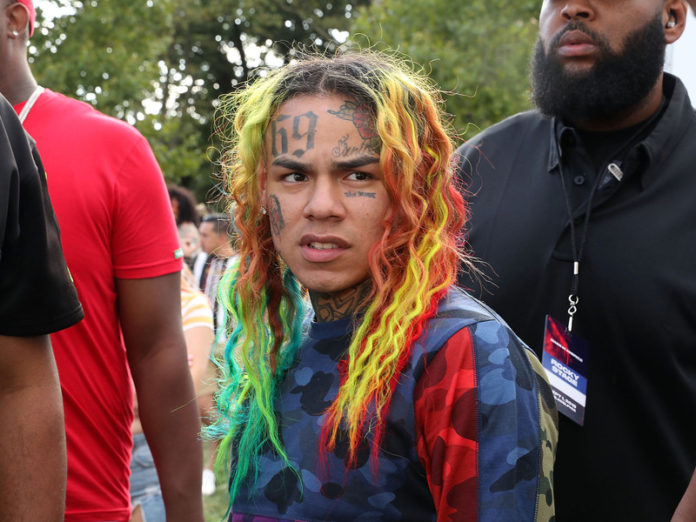 Tekashi 6ix9ine is being accused of faking and staging his own kidnapping and robbery ahead of his new album release for ‘Buzz’ on Friday,  August 16.

The incident had taken place last year in July 2018, just before his new album release named ‘FEFE’. The rainbow-haired rapper’s Instagram account is being taken into consideration which shows posts after a few days of kidnapping in the same month. The tattooed celebrity was noticed unmarked and unharmed even after putting up serious allegations.

Tekashi in his follow up Instagram posts is shown to announce that he would give away the profits of his new album to the charity which eventually is proved in the same video on Instagram where he is shown handing out money to screaming children in a playground. 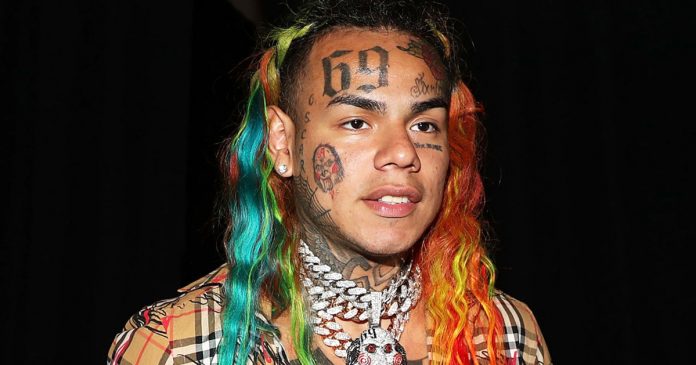 Devereaux Cannick, defense attorney of Anthony Ellison said that “no such incident took place. It was only a Publicity gimmick.” He accused Tekashi of framing everything up for his new release. He said because the rapper was about to release a new album, he staged the kidnapping drama to get the buzz up. It’s his way of making money.

Ellison, a Brooklyn native, is being called ‘Snitch9ine’ pleaded not guilty for multiple felony charges and agreed to cooperate with the authorities. Defense attorney,  Cannick claimed that the car used for kidnapping was already wired by the Government which means that everything is recorded.

Paul Engelmeyer, the Manhattan Court judge moved the trial to September 16 where Tekashi as government cooperator will be expected to testify against the two accused Mack and Ellison and prosecutors intend to introduce some of the Tekashi’s music videos as evidence at the Trial.

It seems the inked celebrity took the saying by heart- “All publicity is good publicity, as long as they spell your name right.”