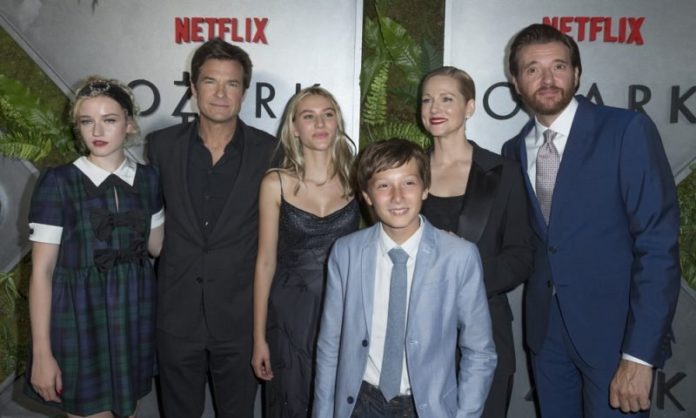 The question on every Ozark fan’s mind ahead of the release of season three on Netflix is “What does the future hold for the Byrde family?”

In season two, which was a bona fide success, we saw Marty and Wendy get their hands far dirtier than ever before and it seems like that the downward spiral is set to continue for a few years.

It is expected to debut later in 2019, as confirmed by Jason Bateman on Twitter. He wrote, “I’m happy for me, but concerned for Marty – its official OZARK 3 is on its way.”

Who will be in the cast of Ozark Season 3?

According to Deadline, at least two new faces will be joining the cast as series regulars: Tom Pelphrey (Iron Fist) and Jessica Frances Dukes (Jessica Jones) in 2019.

Jason Bateman and Laura Linney will return as Marty and Wendy Byrde in all probability, with Sofia Hublitz and Skylar Gaertner back as their children, Charlotte and Jonah. 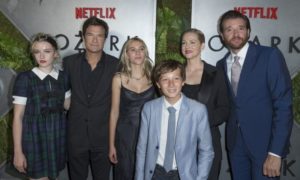 How many episodes will Ozark Season 3 have?

Season 3 will be comprised of 10 episodes, just like that of Seasons 1 and 2, according to TV Line.

How can I watch Ozark?

You can watch season 3 on Netflix once it has been released.

What could season three be about?

The primary focus of Season 3 will be Marty’s giant casino boat, which he will use to launder hundreds of millions of dollars for the Mexican drug cartel, as the Byrdes gets their biggest operation yet up and running. It is expected that all the loose end which are plenty in number will eventually tie up and fall into place. The mystery revolving around the crimes and murders is sure to unfold in this season.