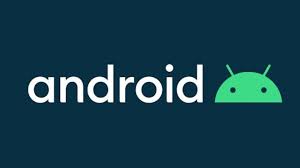 Google finally announced the name of Android’s latest version and broke millions of hearts with the news. Though the new Android version is yet to be released and if we are to believe the speculations then the latest version of Android will get launched with Google Pixel 3.

The reason for breaking hearts is that Google has chucked the use of dessert names for its Android version this time and have chosen numerics instead. With this news the techies who along with guessing the updates liked guessing the name of the android version lose their favorite annual game. Google has officially announced that the name for the upcoming Android version will be Android 10, plain and simple.

The reason behind this major change is worldwide acceptance. According to Google, desserts names pose restrictions to their worldwide branding. Dessert names prove to be popular names in selected regions and beyond that, it not only becomes irrelevant but also difficult to remember which harms their branding. So to change that, they have chosen numerics.

Many people won’t even understand the difference and the reason behind so much of fuss just around a name. To answer that question and to remember the legacy of desserts with Android, here is the history that is worth looking at:

If you notice, the dessert inspiration started from Android version 1.5 which was officially the third version of Google’s OS Android. Though no one knows the real inspiration behind the name cupcake, eventually Google chose to name each of Android’s version inspired by desserts starting with the consecutive alphabet, until now. This year, when Google had to choose a dessert name with Q according to the alphabetical order, and people were busy guessing various names, Google decided not to name at all.

With the reason given, one can still hope that Google might make a come-back with another desert name for its next android Version starting with R. Though the company said numerics are easily understood worldwide and helps in branding, fans still are in the belief that dessert names starting with Q is the problem that next year won’t remain.