Skip to content
Home Helpful tips Gigi Hadid Is Dating Tyler Cameron After Zayn Malik, Here’s Everything You Should Know 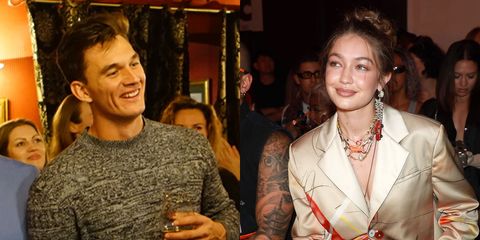 It all started a fine day when Cameron was caught leaving Gigi Hadid’s apartment one fine day. From then on the Papparazis were close on heels to find out more about this happening duo.

On multiple occasions, Gigi Hadid and Taylor have been seen enjoying date nights and other events together. Of course, after Zyan Malik, Gigi has kept the entire relationship with Cameron a hush-hush affair.  Though the couple has not made any formal announcements, their rendezvous continue to bloom!

Two years back Gigi and Zyan became the most favorite couple of all times. Hadid was just 22 and Malik was 25. Just the perfect age for perfect love! But all things fell apart when the couple parted away. 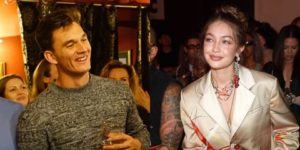 But now with the new sun and changing times, Gigi has perhaps fused a relationship with Taylor Cameron, a charming young man from Florida. Owing to his sheer good looks, Cameron has bagged quite a long train of the female following which includes both fans and celebrities.

Cameron recently appeared on the silvers in a very popular show, The Bachelorette starring Hannah Brown. However, he did not win the show since Brown chose Jes Wyatt over him.

The young sensitive Cameron was left heartbroken, but all’s well and ends well as we can see.

Things took some downhill fall in the show when Wyatt’s ex came to the show only to disclose that Wyatt was chasing fame. He had no feelings for Brown whatsoever!

After some wacky turns of events, Taylor has somehow matched his path with Hadid. Apparently, as an excuse for their regular spotting, Taylor has said that he is apartment hunting?!

Really Tyler, would we buy that?!

A lot happens in Hollywood and we are all geared to deliver the juiciest gossip to you!

Till then way to go Cameron and Hadid!!!!